Caleruega with Mt Batulao as the background

Life is all about taking chances, every individual struggles everyday in pursuit of their own happiness. Few might be brave enough to risk everything to achieve their ultimate longings and most might be too weak to fight for their heart’s desires. I wonder whether I belong to the majority or the exceptional ones.

I want to share you something about the man I love. Well, he’s not the most handsome guy in town but he has the most atypical way on how to make his woman special.

He might not be the varsity type and maybe not as strong as one but he has a valiant heart of an adventurer. He can endure the scorching heat of the sun and hike for hours just to be with the woman he loves.

He might have a bad reputation and has done stupid things in his past but I’ve given him the chance and I love the man I know. Truth is, I don’t care who he was, I care about the person I will mold him to be. I’ve given him my trust and I believe that someday he will be a great man because of me. I don’t care what he does for a living nor how much money he makes, I care about his dreams and I’ll be there as he makes it come true.

People around us may not understand my choices and they’re not entitled for an explanation. They just don’t see what I see, can’t listen as I do. What they know is superficial, they can only understand what their mind can process. They say  I’m stupid and is being blinded by love. They’re totally wrong. I definitely know his flaws, how immature he is, how weak he could be, the dark things of his past and the wrong decisions he made. I know his flatteries and his lies but thing is, my love is greater than all his negative traits and I accepted them all with the aim of helping him change.

Today is our 4th month being together, maybe it’s too early to say that what we have will last forever but who cares about forever anyway? We are living in the present and we should enjoy being in love, marvel at different things and live life like tomorrow is the end.

I grew up in a conservative Christian family, my father is a great man and my mother is a woman of prayers. I had beautiful memories from my childhood, I still remember those days where we go to church every Sunday and had our family bible study every Wednesday nights. When I was in my senior year in high school I started teaching kids at Sunday school. It was fun and very rewarding, I love kids and spending time with them brings me real joy.

After my highschool graduation, I was forced by my parents to study in a bible school. They said I needed it to stabilized my spiritual life, I was very upset cause I passed the UPCAT exam and I had the chance to study in my dream University. However, I obeyed my parents and agreed to study at Wesleyan Bible College and took Leadership Training Course for one year.

Life wasn’t easy during my stay at the bible school, it was my first time to be away from home. Students were required to stay at the campus and were just allowed to go home thrice per semester. I stayed at the ladies dorm and had a wonderful relationship with my seniors. I’ve learned a lot I would say; time management, self-discipline, self-reliance, caring for others and all the values I still embrace these days. I transferred at a different bible school in Benguet in my 2nd semester. In there I had the chance for Immersion at some areas in the mountain regions, I taught kids for Sunday school, I also learned from them and I was able to see life in a different perspective.

I entered secular school after my one year in the bible school. I took up BS Nursing. I still remember the first time I assisted in the Delivery Room, seeing the life from a newborn child was just perfect. I was teary-eyed, it was a bliss. And yes I wanted to be a nurse, I want to care for others, to care for the weak and sick.  I had my nursing degree and passed the local board exam, I worked as a nurse and I was happy.

Now I’m currently working in a BPO Company, I also miss nursing sometimes and is planning to practice my profession real soon. I just had my 27th birthday and I celebrated it with the kids of “Kids  the Hope of our Future Philippines”. 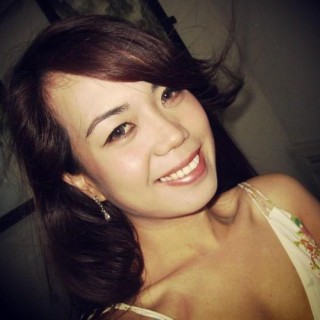